Let us pause for a moment to pay tribute to the old workhorses of the King County Metro Trolleybus fleet as they slowly trek towards a well-earned retirement. Originally designed as dual-mode, the 60′ Breda DuoBus 350 has seen more-or-less continual service in Seattle since 1990.

Dual mode, you say? Yes! When I was in elementary school, I fondly remember taking one of the 80s-colored Bredas in the Downtown Seattle Transit Tunnel (DSTT) when it was in Trolley mode, and as it left the tunnel converting into diesel power for the remainder of the route. As the DSTT was converted in the mid 2000s for service as a mixed-mode Light Rail and bus tunnel, the electrified wires of the Trolleybuses were removed and as Diesel-Electric buses became cleaner, the Bredas were converted into full-time trolley mode.

While only 59 existed in the fleet, these articulated beasts were well-known sights to residents of the U-District, Capitol Hill, Downtown, South Seattle, Wallingford, and Ballard.

Many bus stories exist about this resilient model. Their routes were heavy with traffic and well-used. They often carried a full load. I’ve never been quite clear if they were air-conditioned or not, but if they were it was frequently ineffective in the summer as the buses got their very noticeable “Breda” scent.

And they sometimes got T-Boned by cars.

They often, through no fault of their own, ran in convoys.

And they were, of course, prone to break down as they rapidly aged. The planned replacement of the then 18-year old fleet was delayed by the recession and as they entered their second decade of service, a tow was a common sight. 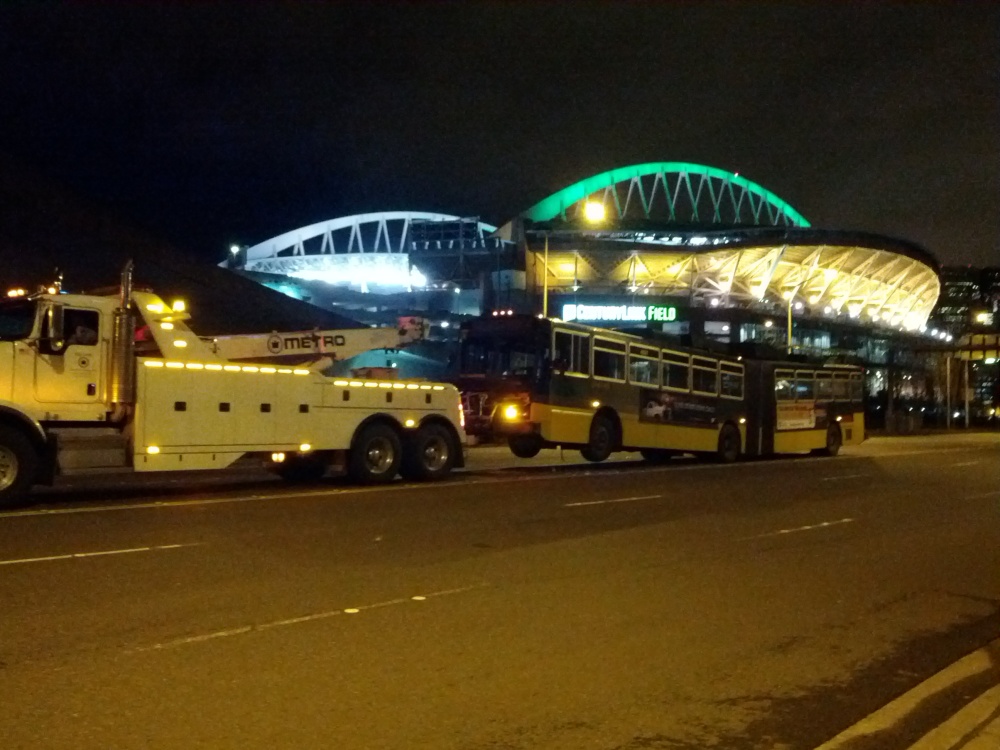 As the Purple and Gold clad New Flyer Xcelsior XT60 fleet slowly replaces the Bredas, we look forward to a new low-floor future while fondly, and not so-fondly, remembering the fleet that carried us for countless journeys.