While in the middle of a company Christmas cruise last holiday season, Brian texted a fairly sloshy Nikky and asked if I was up for a week-long trip that started in Montreal and ended in Toronto. Never really one to shy away from a new adventure, I said “sure!” and let the logistics handle themselves.

Come May, we set off to visit the central core of our northerly neighbors.

Aggressively French, Montreal feels like someone took Paris and smooshed it together with the Portlandia stereotype of oppressive hipsters. The first day the forecast was to fairly moderate in temperature and not terribly rainy, so we decided to go on a walkabout the city first and then explore the hill park (Mont Royal) that the city is named after before capping off the day by visiting a few brewpubs and scarfing down Montreal-style bagles by the dozen. 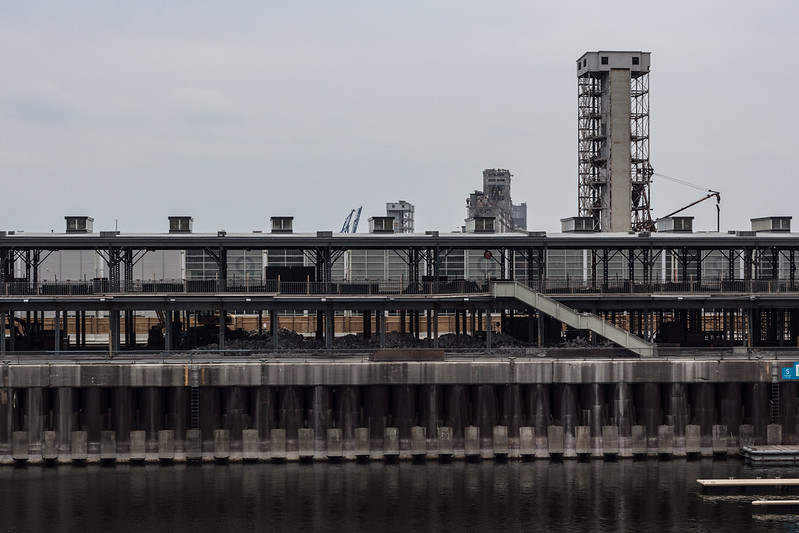 The next day was planned to be the museum day! Yay! Except it was Monday. And on Monday in Montreal, everything is closed. Everything. Even the cat cafe. After much consternation, we found a small natural history museum on the campus of McGill university to visit. It had dinosaurs and fossils, so things work out. 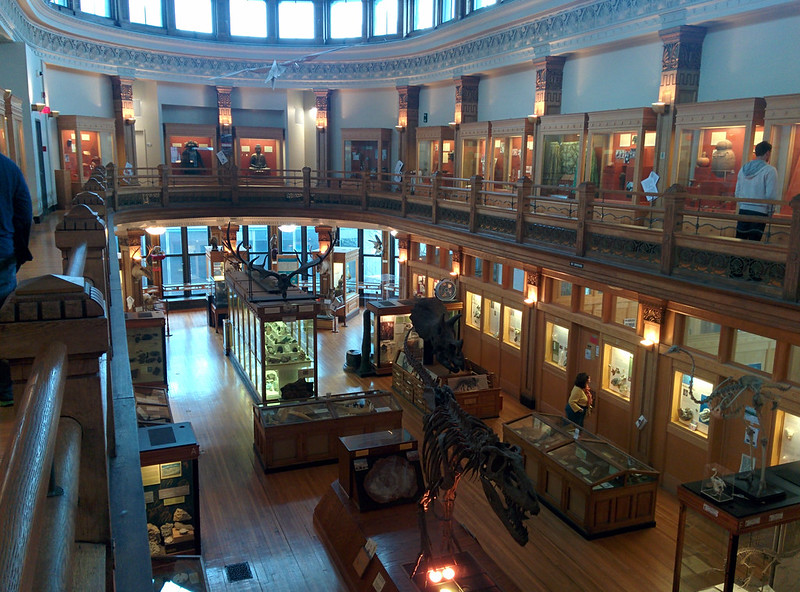 Montreal featured a well-ran and convenient public transit and metro system, and we were able to use it to quickly and cheaply get ourselves around this rather sprawling city.

On Tuesday (my birthday!), we took the train to the capital of Canada. Ottawa felt a lot like if you took a the rather backwater capital of Washington, Olympia, and bolted on a federal government of a much smaller United States onto it. There was a university that we stayed near, and the entire town was very walkable.

The night of my birthday, we went to a wood-fired pizza place and then enjoyed some different kinds of Scotch at an Highlander pub. It was fairly low-key, but we needed to retire early for the big day we had planned in Ottawa. Why was it a big day? Because we only had one full day in the city, and had a lot to cover!

After checking out the big public market and grabbing some pastries, Brian was ambushed by a local news crew. 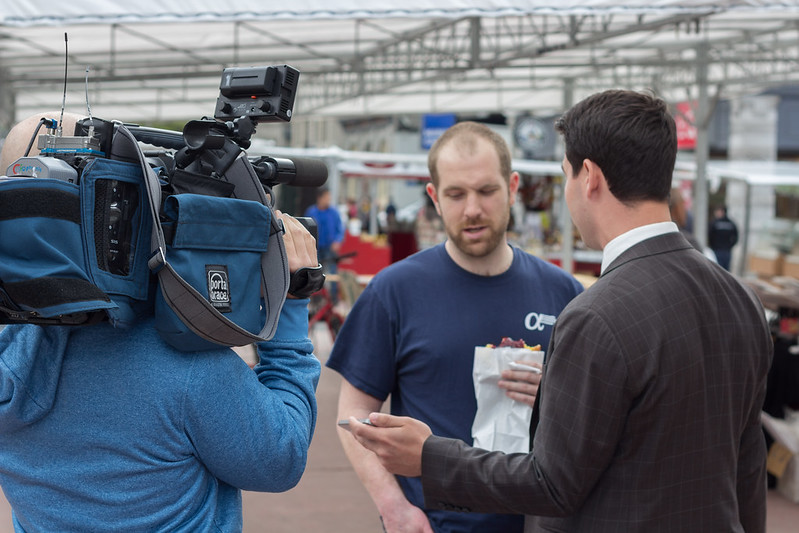 We checked out the parliament and library, including a short guided tour through the building. 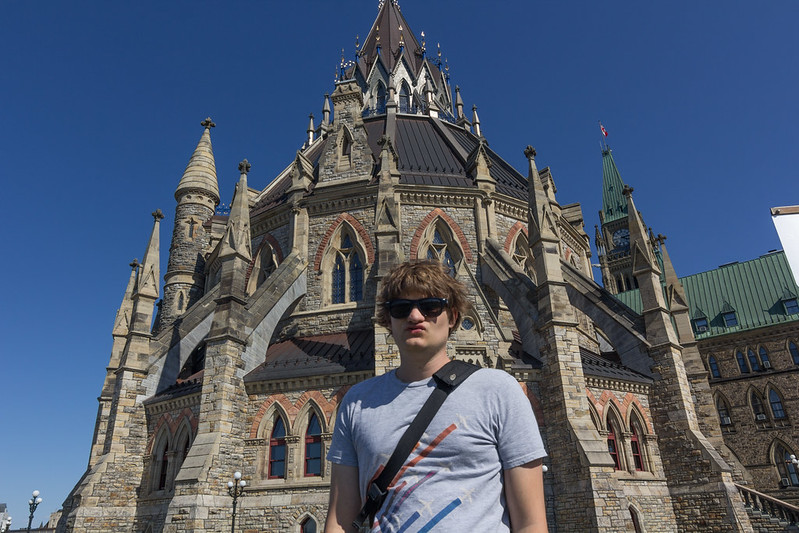 At the Canadian War Museum we saw lots of exhibits that were very proud of the fact that the Canadians beat the tar out of the Americans whenever we tried to invade. But the real cool part of the museum is that they had Weather Station Kurt, which was a WWII-era automated weather station landed on Canadian soil by a U-boat and discovered decades later. 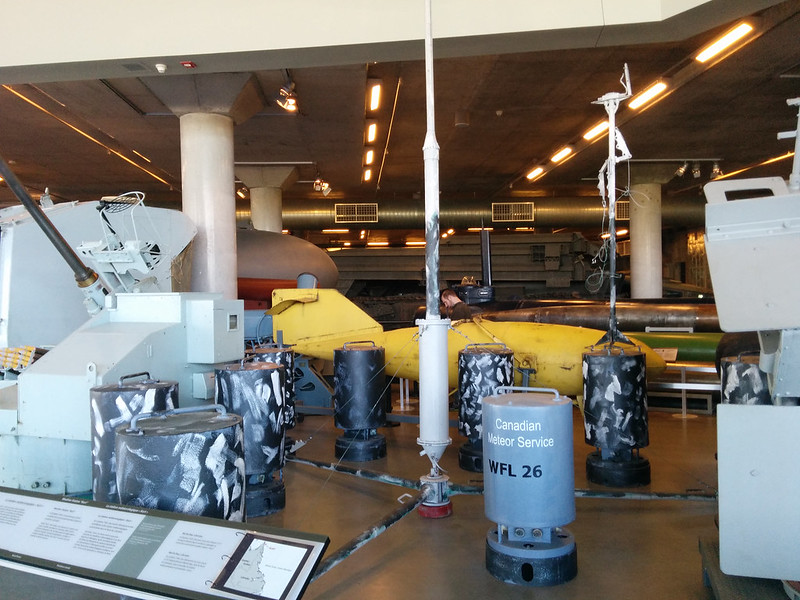 Ottawa also had lots of spiders and sculptures. 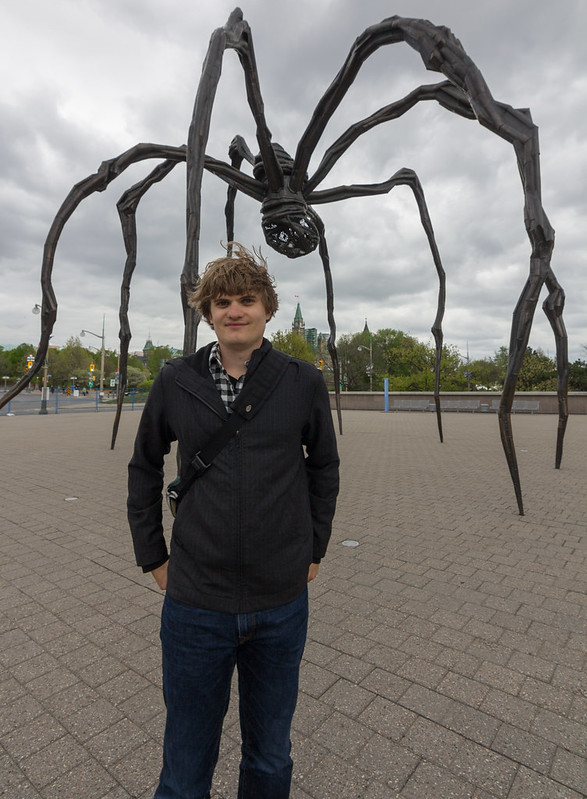 That night, we signed up for one of the “escape room”-type adventures all the cool kids are doing these days. Brian, Andy, and I met up at the place with the three other people we were assigned to, and spent the next 45 minutes barely failing the room. We had all of the clues figured out, but the coordination wasn’t perfect and we ultimately didn’t put them all together for the final box that would have had the solution.

And then we were done with Ottawa.

On the train to Toronto, the three of us had facing seats, with a fourth person sitting with us who was randomly assigned. He was a very interesting fourth person, who had a locked suitcase with him that he would occasionally open to grab documents with the Canadian government seal marked “Secret,” and then use his Blackberry(!) to talk to people about trade deals. Otherwise the trip was largely uneventful and we arrived in Toronto.

Or as we soon called it, the “more Canadian version of New York City.” As in, if you removed all of the smell, interesting people, and cool things of NYC, you had a rather sterile metropolis. Toronto was largely a disappointment, although we did see the Hockey Hall of Fame, which featured aggressively hipster sweaters. 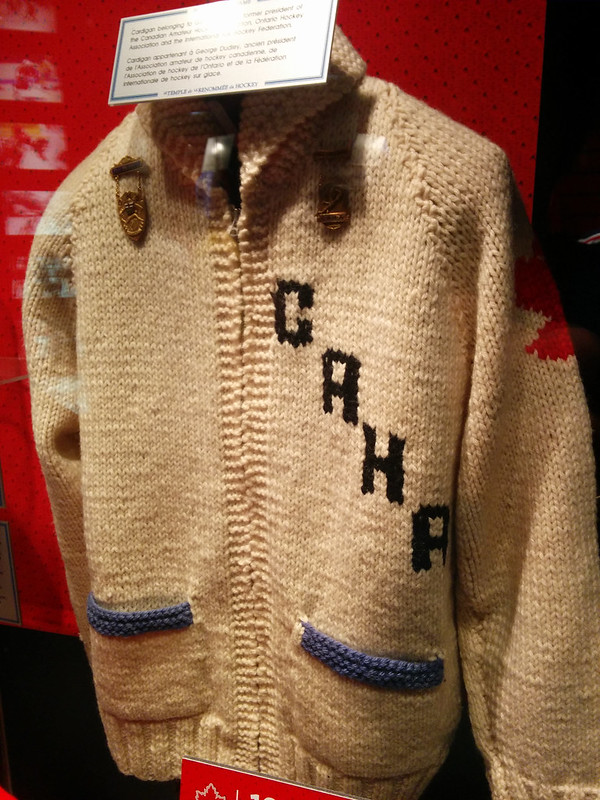 We toured Fort York, which was an interesting oasis of historical property smack dab in the middle of town. Once again, they made sure to point out that the Americans ultimately lost to the Canadians. It was a common refrain. 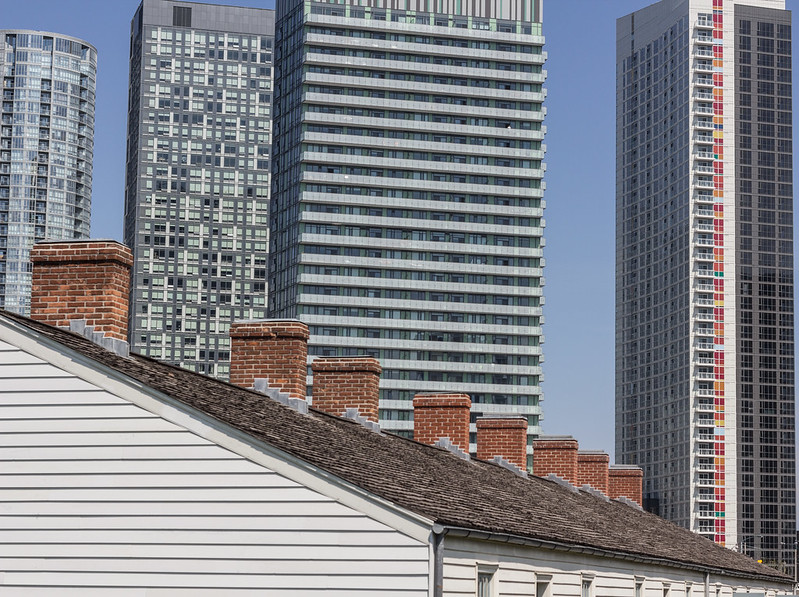 Toronto has a large island park right next to the downtown core, which we went and visited for an evening. It’s a fairly unique feature of the city.

And that’s it really about Canada.

Our flight plans both ways involved flying from our Canadian city to Seattle through Chicago. The flights over went well, but on the flight back we were on a smallish regional jet getting ready to take off when the flight attendants thought they smelled chemical burning. The pilot came back and checked, and he got a big ‘ole wiff of something smelly. Thinking it was the chemical oxygen generators (which are a big issue if they just go off on their own), we pulled back into the gate, deplaned everyone, and had to figure out what was going on. We got in a big line to find alternate flights that processed about 2 people every half hour, so after an hour of standing around doing nothing, they announce the flight is back on and we all get back on.

The pilot reported that the smelly smell had been identified, and we just had to wait for security clear us. Since even though it wasn’t a security incident, they still had to have security clear us. Because of reasons. Eventually we take off and I overheard the flight attendants talking about the source of the smell. What was it?

Ottawa was a city we wish we spent an extra day there. It had lots of museums and government buildings to see and do, and turned out to be a fun time.

Toronto was ultimately disappointing: it was a rather generic large city without a lot of unique things to see and do. It could be a rather sterile alternative to NYC if you dislike smelling hot garbage all the time and don’t mind a crappier metro. We could have easily shifted the second full day in Toronto to Ottawa and had a much better time. 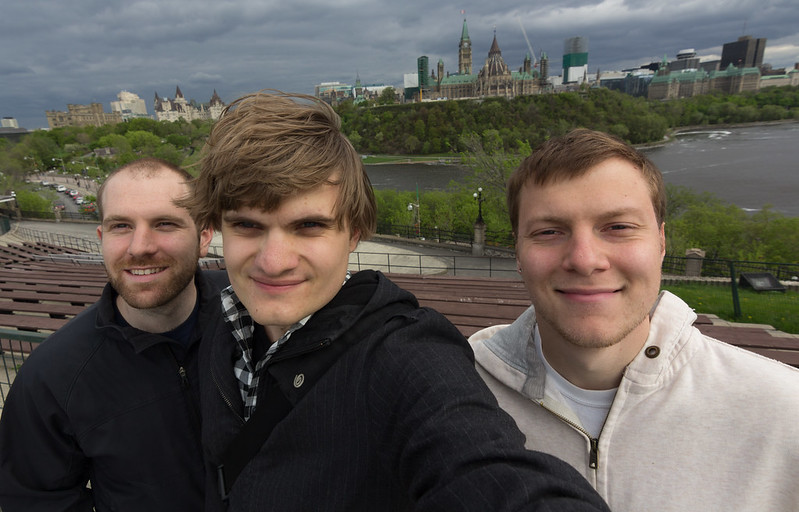 One thought on “Canadian Adventure”