Although Seattle is the best city of all time forever, our neighbors are a fun way to experience how other urban areas live the Pacific Northwest life. Tracey and I decided to visit our Northerly neighbor Vancouver for the weekend.

After fueling up at Uwajimaya, we caught the last Amtrak Cascades train of the day Northbound on Friday. As it is with trains, we were in a car with nine very loud people going to celebrate a bachelorette party. So they were annoying. And our train was quickly delayed for around 90 minutes because a couple of freight trains decided to start swapping cars in the middle of nowhere. I don’t know much about the logistics of freight trains, but shuffling cars certainly isn’t a quick operation. Arriving at midnight, we took the SkyTrain to our hotel, checked in, and promptly passed out.

But then the morning arrived! And we had a yummy juice and organic breakfast before wandering off to Granville Island. Vancouver has a lot of water and not a lot of bridges, so they rely on networks of water taxis to get people around. 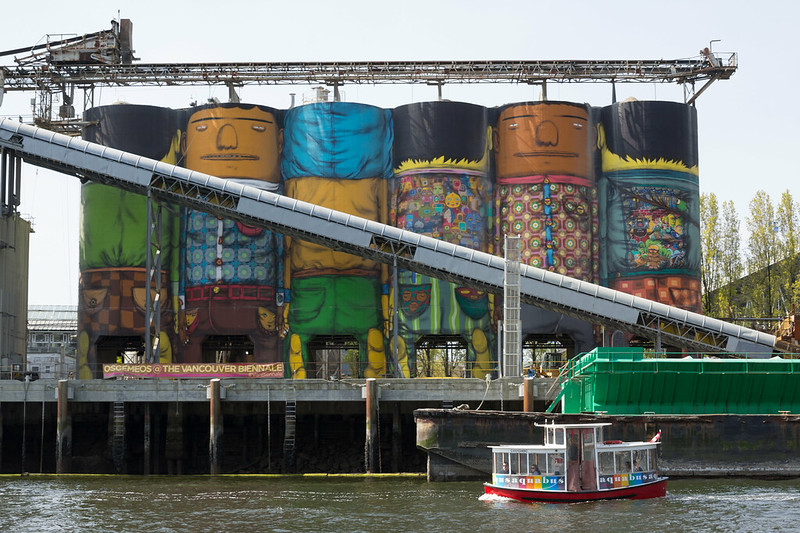 (You can see one here)

Granville is basically what would happen if someone decided to throw Capitol Hill and Pike Place Market in a blender. Not really an island, it’s more of a former industrial area that has plenty of rad as hell shops bolted on. Chomping on some Fish ‘n Chips, we took another Aquabus down near Stanley Park. 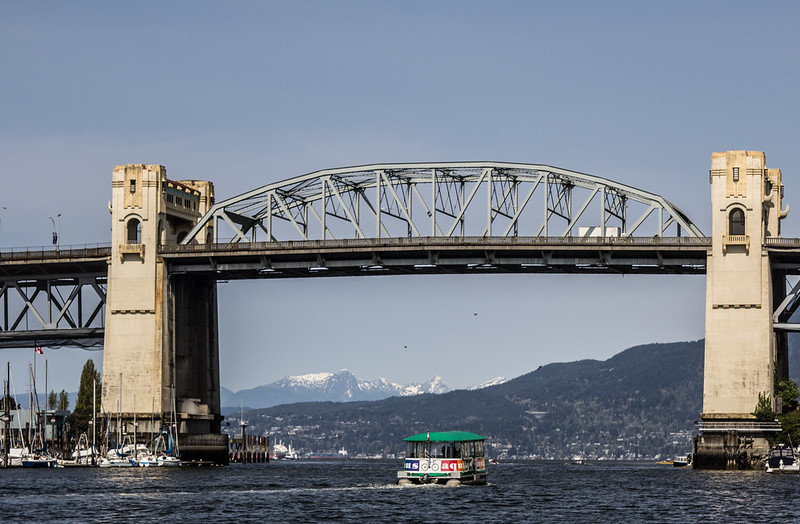 Stanley Park is quite the thing, and the best way to experience it is by bike! 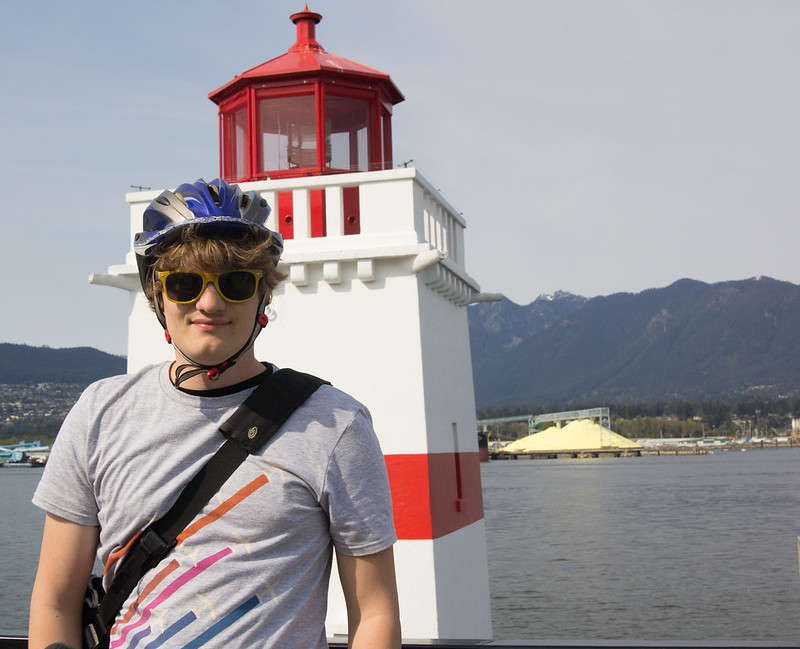 It’s a nice easy 8km loop around the park, and you’re along the water the entire time. A small lighthouse, views of the lovely port, and a few beaches pass you by while leisurely peddling. Returning the bikes, we eventually found a place to eat with a few bits of angst. Vancouver ain’t so into vegetarian food. They love locally sourced food, but mostly of the red meat variety.

The next morning we went to Gastown and checked out their version of Pioneer Square. After the first gosling sighting of the year, we were off to a highly recommended used bookstore. Owned by an extremely bookish individual, the store had a loose organization scheme that was largely defeated by haphazard piles of books everywhere.

Still, I found a fairly interesting book I ain’t never heard of before.

Books purchased, we stopped by the Chinese Gardens in Chinatown. It was a much more modern (and smaller) garden than the similar one in Portland, but offered some quiet isolation in the city along with a chance to hang out with some chill-as-hell turtles.

Grabbing a quick lunch on our way back to the train station, we left Sunday evening and spent the ride home enjoying the view, our new books, and the fun extras CBP does when you enter the country. When we arrived in Canada, we only had to go through immigrations, who spent a good 30 seconds with us before allowing us in. Arriving back in the states, we had to go through customs prior to even boarding the train, they X-rayed our bags, and they made the train stop on the border and checked everyone again.

2 thoughts on “Vancouver BC”